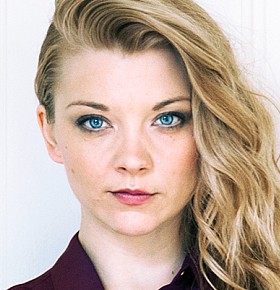 Celebrity speaker Natalie Dormer is one of the world’s most intriguing entertaining talents.  Her career has been highlighted by her natural ability to captivate audiences with her unique set of on-screen personas.  Natalie has become a household name in recent years due to her roles on popular cable networks like HBO and Showtime.  Her wide array of talents have allowed her excel as one of the premier television actresses of the 2010’s.

Celebrity Speaker Natalie Dormer began her world famous career as a young actress in the historical fiction series The Tudors.  The show aired on Showtime and took place in 16th Century England.  During the first two seasons of the show, Dormer was a critically acclaimed star of the show before having her character killed off on the show.  This role served as her large coming out party and was the primary sequitur for her other major television series role on HBO’s Game of Thrones.  Her role as Margaery Tyrell is one of her crowning achievements.  She first appeared on the show’s 2nd season and has since earned much applause for her role.  Game of Thrones has become the most popular series in HBO history and it is due in part because of Dormer.  Transitioning her career from major television into major film, Natalie has been cast into The Hunger Games Mockingjay – Part 1 and 2. These are the next to films in the now famous series, and Natalie has publicly shaved the left side of her head for the part. Natalie’s most recent work is being the lead role in a BBC drama called The Woman In Red that will air sometime in 2015.

When the celebrity speaker isn’t captivating the worldwide audience on camera she has a variety of other hobbies.  Dormer is an avid poker player and has participated in multiple celebrity pro-am tournaments.  Recently she also ran the London Marathon for the charity organization Barnado’s which supports children and young people with disabilities.