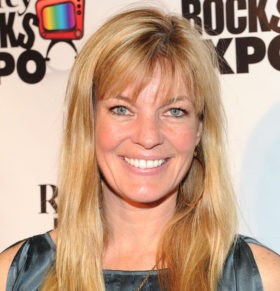 Nancy Hadley began her career as a painter, sculptor and model-maker before being catapulted into the world of reality TV after an executive producer of the popular ABC home renovation series Extreme Makeover: Home Edition recruited her to join the shows design team. This small time gig would blossom into a full time position as a muralist before becoming the art director of the series that would win several primetime Emmy Awards for Outstanding Reality Program.

The huge opportunity to become the art director of Extreme Makeover: Home Edition allowed Home and Garden Speaker Nancy to be a part of a lot of the popular residential and commercial renovation TV shows that have taken prominence on major TV networks in the past decade. Her next job would come as the art director on celebrity chef Gordon Ramsey’s TV series Kitchen Nightmares performing large and small scale restaurant renovations in very limited amounts of time. It wasn’t long before her talents were welcomed onto the set of TLC’s major home renovation series success Trading Spaces that followed the renovation process of 2 sets of neighbors who were paired with design teams to renovate a room in each other’s house. Her recent TV work came as a lead design expert alongside Jon Taffer on the hit Spike TV series Bar Rescue and helping renovate tattoo shops on the Spike spin-off Tattoo Rescue.

As a part of her own design company Nancy Hadley FAC, she spent time working as an exhibit designer and creator for museums such as the Newport Harbor Nautical Museum as well as had a hand in designing a multitude of private residential and commercial spaces. Nancy shares her knowledge in the design industry at events and conventions across the U.S. including appearances at the 2012 and 2013 Nightclub and Bar Convention in Las Vegas, Nevada.