Celebrity speaker for hire Millie Bobby Brown made her acting debut as a guest star in the ABC fantasy drama series Once Upon a Time in Wonderland, a spin-off of Once Upon a Time, portraying the role of Young Alice. However, she is most popular for playing Eleven in the Netflix Original Series Stranger Things.

In 2017, Brown became the youngest person ever to be included in TIME magazine’s list of the 100 most influential people in the world. She unsurprisingly made the list once again in 2018. Moreover, in November 2018, Brown had become the youngest person ever to be appointed as a UNICEF Goodwill Ambassador. In November 2018, EA Games and celebrity speaker for hire Millie Bobby Brown collaborated with The Sims 4 programmers to feature her in the Sims 4 Positivity Challenge. In 2018, The Hollywood Reporter named Brown among Hollywood’s top thirty stars under age eighteen.

In 2014, she had a starring role in the BBC America paranormal drama-thriller series Intruders as Madison O’Donnell. Brown then made guest appearances in the CBS police procedural drama NCIS, the ABC sitcom Modern Family, and the ABC medical drama series Grey’s Anatomy.

Celebrity keynote speaker Millie Bobby Brown found her claim to fame for her role as Eleven “El” / Jane Hopper in the Netflix science fiction horror series Stranger Things. Her portrayal received critical acclaim and she was nominated for the Screen Actors Guild Award for Outstanding Performance by a Female Actor in a drama series; and at just 13 years old, Brown received a Primetime Emmy Award nomination for Outstanding Supporting Actress in a Drama series, becoming one of the youngest nominees in Emmy history. Nevertheless, she persisted and won the 43rd Saturn Award for Best Performance by a Younger Actor in a Television Series. As for her role as Eleven in the second season of Stranger Things, she got her second Emmy nomination in 2018. Brown will make her feature film debut in the Godzilla sequel, Godzilla: King of the Monsters.

In January 2017, celebrity speaker for hire Millie Bobby Brown made her modeling debut in Calvin Klein’s By Appointment campaign.  The following month, she signed to the agency IMG Models. She appeared in the campaign of the Italian brand Moncler in the summer of 2018.

In May 2018, it was announced that Millie Bobby Brown helped raise over $40,000 for the Olivia Hope Foundation, whose mission is “to raise awareness and funding for innovative targeted therapies for childhood cancer treatments and improve overall survival rates and quality of life.”

The foundation held their first ever charity benefit in New York on May 4, during which the tickets for lunch with celebrity speaker for hire Millie were auctioned off. Brown then met with the ticket winners for a special lunch at a secluded, private residence, where she was photographed taking selfies with her lucky fans. She became an Honorary Board Member of the foundation once she met with Olivia and became close with her family.

Michelle Lorusso, Olivia’s mother and president of the Olivia Hope Foundation, said: “Millie was gracious and engaging, and she sat with the winners, talked with them, ate lunch and played games. It was a very special day for our foundation and for all the people involved.” 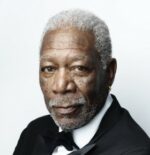