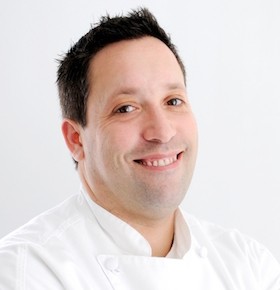 Celebrity Chef Speaker Mike Isabella owns an Italian serving restaurant right around the Chinatown area of Washington D.C. He took his roots and what he had learned about cooking from his grandmother to new heights. With Mike’s knowledge around the kitchen combined with his years of experience, Mike has been able to make television appearances, win multiple cooking awards showcasing his talent, and release cookbooks and recipes to help the public make meals just as he does.

Celebrity Chef Speaker Mike Isabella was born in New Jersey. He is Italian-American and that is the culture where many of his meals resonate from. As Mike grew older he decided he wanted to become and chef and was able to participate in formal education at The Restaurant School in nearby New York. After graduation Mike took his skills to one of the best Mediterranean places in Washington D.C where he was the executive chef. For three years Mike stayed there bringing even more attention to the restaurant and soon after opened the Graffiato, an Italian based restaurant that serves pizza, pastas, and locally cured meats. Mike also has had the opportunity to learn more about the Greek cooking ways. Once leaving New York Mike went to Philadelphia to work at a Greek eatery. But his learning did not stop there. Mike even traveled the Middle East to learn as much as he could.

Away from the kitchen Mike is also a television personality. He was on season six of top shelf where he was judged by Tom Colicchio, Gail Simmons, Toby Young, and Padma Lakshmi. Guest judges included names such as Wolfgang Puck. Mike was also runner up on Top Chef All-Stars. Mike continues to stay busy. He released his first cookbook in 2012 and last year opened two more restaurants. He currently owns four in the D.C area and three more will be opening in the fall of 2015 in the D.C./Maryland/Virginia area.