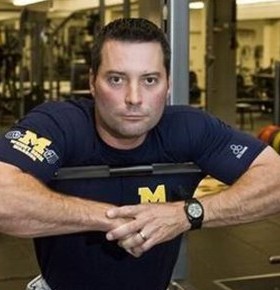 When it comes to strength and conditioning, celebrity speaker Mike Barwis is one of the best trainers around. The current strength and conditioning advisor for both the New York Mets and Miami Dolphins got his start working as a strength and conditioning director for athletic powerhouses of the NCAA, West Virginia University and University of Michigan.  During these years he worked with every varsity sport ranging from Ice Hockey to Football coaching countless national champions, Olympians, and NFL draft picks. Many consider his tenure at WVU to be the “golden era” in the university’s athletics.  In 2011, Mike founded Barwis Methods, his own company and line of training centers where he creates individual training programs for professional, Olympic, collegiate, and high school athletes.  The company also works to produce nutritional supplements, sports gear, apparel and training equipment, with the goal to promote, not just fitness, but also overall healthy lifestyles and the highest caliber athletes.  Dozens of NFL, NHL, MLB, MLS, and NBA players use Mike’s services to enhance their performances on the field, ice, and court. Not only does Mike Barwis work with professional athletes, he also works with people who suffer from disabilities and are trying to achieve what some believe to be impossible, like learning to walk again.

Celebrity speaker Mike Barwis has also written several books and training programs for numerous sports, from football agility training books, to swimming and diving strength books. Additionally he has put on various camps, clinics, publications and lectures, so he is no stranger to speaking and public engagements.  He has written articles for the likes of Sports Illustrated and ESPN magazine, has been the lecturer at Nike’s Coach of the Year Clinic, and has even been featured in television highlights on ESPN, FOX Sports, and the MSN network. Currently, Mike is the subject of Discovery Channel’s new reality series American Muscle, in which Barwis recently worked with Seattle Seahawks cornerback Richard Sherman on the show.  Aside from his training endeavors, Mike founded the charity Athletic Angels, which benefits elementary age children and their families, of impoverished neighborhoods in the Detroit area.