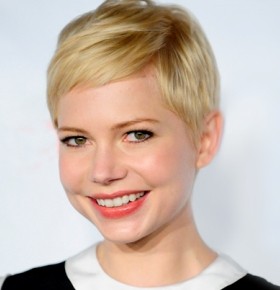 Former Destiny’s Child member and celebrity speaker Michelle Williams rose to fame with group members Beyoncé Knowles and Kelly Rowland, but her solo career has been anything but idle since the group dissolved in 2005. Though Celebrity Speaker Michelle and her proclaimed soul mates have reunited on a few occasions, most recently for Michelle’s new song Say Yes on her upcoming album Journey to Freedom, Michelle has found success in a variety of outlets, from Broadway plays to the business realm as the former owner of WNBA team Chicago Sky.

After making her singing debut at seven years old in the church, Michelle has returned to her gospel roots on numerous occasions since the disbandment of Destiny’s Child; her debut solo album My Heart to Yours eventually became the best-selling gospel release back in 2002, and Journey to Freedom will also feature a few inspirational tracks. On April 14, 2015, Williams sang for US President Barack Obama & First Lady Michelle Obama at the White House. The program titled, The Gospel Tradition: In Performance at the White Housewill was broadcasted on Friday, June 26, 2015 on PBS stations. Michelle has acquired numerous accolades both with Destiny’s Child and on her own, including three Grammys and seventeen Billboard Music Awards.

Celebrity speaker Michelle Williams made her debut on the stage in the Broadway play Aida in 2003, and has since starred in the production of Chicago in London, Los Angeles, and New York City. She also landed prominent roles in the Tony-nominated musical Fela! and Oprah Winfrey’s 2007 production of The Color Purple, both of which toured nationally. Michelle has received praise from critics and fans alike for her passionate acting and powerful singing. Her warm soprano voice has been popular both on the stage and in the studio, as she released her fourth album Journey to Freedom in 2014.

A dedicated philanthropist, Michelle is involved in numerous campaigns and charities, like Hyundai’s non-profit organization Hope on Wheels, World Children’s Day, Ronald McDonald House charities, and the American Heart Association’s Power to End stroke campaign. The humble singer has graciously sang to and personally greeted HIV/AIDS kids at Camp Heartland alongside celebrities like Lance Bass, and kickstarted the healthy lifestyle movement in Chicago called PepsiCo S.M.A.R.T. in 2006. Most recently she became a spokesperson for Playtex in 2014, and also remains a member of her childhood church. Michelle Williams has certainly proved that she is a true class act and can hold her own apart from Destiny’s Child.