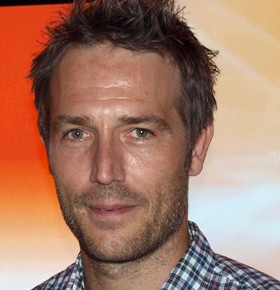 Highly praised for his role as a special agent alongside Jennifer Garner in the award-winning TV series Alias, TV and film star Michael Vaughn is one smooth operator. He has gone on to play significant roles in other TV and major motion pictures in his career including his leading role in the TNT medical drama series Hawthorne as Dr. Tom Wakefield. Michael’s most recent role comes as a part of the hit A&E series Bates Motel.

Celebrity Speaker Michael grew up in both America and France and got his acting break in a few smaller French films before a standout performance in the 1993 Italian film Fiorile. His first major role in an American film would come 2 years later in To Wong Foo, Thanks for Everything! Julie Newmar, a film that also starred Wesley Snipes, Patrick Swayze, and John Leguizamo. During the 90’s he would also become one of a popular group of Hollywood stars to appear in the hit TV shows Friends and Ally McBeal. This would lead to the celebrity speaker becoming cast in a host of major motion pictures including Never Been Kissed and One-Hour Photo before taking on his prominent role in Alias. The action drama on ABC was nominated and won a host of awards during its 5 season stint on TV including the Saturn Award for Best Network Television Series in 2003.

His acting abilities were further showcased by his roles in the 2005 romantic comedy Monster-in-Law and the Australian horror film Rogue. Before coming back to TV for Hawthorne and Bates Motel, Michael played the lover of Zoe Saldana’s character in the 2011 thriller Colombiana. A long-time hockey fan, he appeared in a TV commercial for the 2004 NHL Stanley Cup playoffs. He also appeared with his dog Millie in an advertisement for PETA encouraging the proper care for dogs.