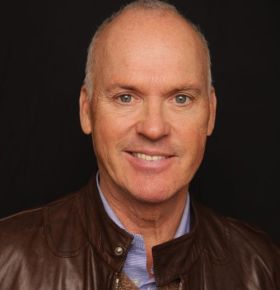 Celebrity Speaker Bureau presents Michael John Douglas, a celebrity speaker better known as Michael Keaton, who has enjoyed a host of successful film roles throughout his career that have helped set the bar for up-and-comers in the film industry. Michael is a journeyman in the industry, having acted in award-winning films across multiple decades. Most recently, Michael has been heralded for his performance in the 2014 dark comedy Birdman for which he earned a Golden Globe Award and the Critic’s Choice Award for Best Actor in 2015 among other a huge list of other industry award nominations.

Michael started his career in show business on the opposite side of the camera as a cameraman at a public TV station in Pittsburgh. There he helped produce Mister Roger’s Neighborhood and played small roles in the series. Following Fred Rogers death in 2004, Michael was called upon to host a PBS memorial tribute program called Fred Rogers: America’s Favorite Neighborhood. Following several years in public television in Pittsburgh, Michael moved to L.A. to begin his career as an actor and it was then he changed his name to avoid confusion with fellow award-winning actor Michael Douglas and TV host Mike Douglas. He landed roles in various comedy series including Ron Howard’s Night Shift before landed his first major film role as the title character in the 1988 classic horror-comedy, Beetlejuice.

Perhaps his most memorable role to this day came in 1989 when he was cast to play Batman in Tim Burton’s film rendition of the Marvel superhero. He also starred in the 1992 sequel, Batman Returns. Michael would go on to star in countless successful films during the 1990’s and 2000’s including Much Ado About Nothing, Jack Frost, Live From Baghdad and The Other Guys just to name a few. He also voiced the character of Chick Hicks in the 2006 animated hit Cars. His latest film roles came as Raymond Sellars in RoboCop and Monarch in Need For Speed which both released in 2014. Off-screen he has been recruited to provide voice overs in 3 video games including Cars, Cars Race-O-Rama and Call of Duty: Black Ops II.