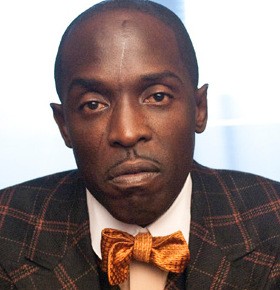 When you consider some of the most iconic roles on cable television in the last couple of decades, the performance by celebrity speaker  Michael K. Williams come to mind.  Celebrity Speaker Michael was born and raised in housing projects in Brooklyn, NY and was temporary homeless, thus immediately placing him against the odds for success.  Regarding his appearance, the celebrity speaker is known for the large facial scar that he received from razor blade prior to his career in film.  He has grown to embrace the scar and it has become one of his distinguishable features as an actor.

Celebrity speaker Michael K. Williams is best known for his role in the HBO series The Wire.  In the series, Michael portrays the legendary character of Omar Little who many characterize as possibly the greatest television character of all-time.  Little is a vigilante in the streets of Baltimore who robs drug dealers, but maintains a certain level of honor amongst the community.  The character is also portrayed as a homosexual, and never utters a curse word throughout the profanity-laden series.  Michael grew to embody the role, and has made several appearances after the shows conclusion discussing the effects of The Wire and Omar Little.

In addition to his marquee role on The Wire, Michael K. Williams currently plays the role of Chalky White on the HBO series Boardwalk Empires.  Chalky White is the leader of the African-American community in the show, and Michael has played a prominent role in each of the successful show’s seasons.  A separate venture for Michael was the production of Snow On Tha Bluff, a hyper-real docu-drama about the drug and gang culture in Atlanta. Another business venture that Michael pursues is modeling. Michael has recently been featured modelling for GAP’s 2014 fall collection. In collusion with his career in film, Michael has become a significant contributor for wellness of urban youth.  He established a an organization called Make Kids Win with a primary objective of creating community centers to provide children with a safe place to play, learn and grow in urban communities.