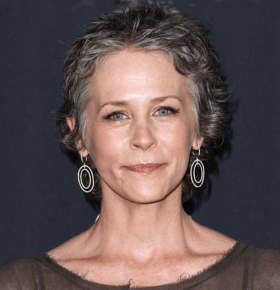 Melissa McBride has experience in the entertainment industry on both sides of the camera as a prominent actress and casting director. Currently, Guest Speaker Melissa stars as Carol Peletier on the AMC hit television drama, The Walking Dead. Before accepting the role in 2010, she worked for a number of years as a casting director in Atlanta, Georgia. Melissa shares an on screen romance with cast mate Norman Reedus and his crossbow wielding character Daryl Dixon. In 2014, she took home the Saturn Award for Best Supporting Actress on Television and was also nominated for a Critic’s Choice Award.

In 1991, Melissa’s first gigs as an actor came as a celebrity spokesperson in commercials. She was a spokesperson for Ford Motor Company for several years and appeared in TV commercials for companies such as Rooms To Go. Her TV series debut came in 1993 when she appeared on an episode of Matlock, which led to guest roles on American Gothic, In the Heat of the Night, Walker Texas Ranger and Dawson’s Creek. Other roles include made for television movies such as Her Deadly Rival and Close to Danger. In 2007, Melissa was in the science fiction horror film, The Mist, directed by Frank Darabondt. Her small but influential role spoke for itself and Darabondt cast her 3 years later for the role of Carol Peletier in The Walking Dead.

Guest Speaker Melissa first appeared on the AMC series in 2010.

Originally, she was one of several recurring characters for the first season but the fans loved her. By season 2 she had become a series regular. Post apocalypse, her Walking Dead character has transformed from a meek woman afraid to stand up to her husband to a fighter who can survive on her own. Her character is empowering to women and she is the perfect actress for the job. Melissa is a great addition to any event such as meet and greets, Q&A sessions and other personal appearances.