Reality TV Speaker Melissa Gorga is a new housewife on the 3rd season of Bravo’s The Real Housewives of New Jersey. Melissa isn’t new to the group, her husband; Joe Gorga is Teresa Guidice’s brother.

Known for her sassy Italian personality, Melissa Gorga graduated from New Jersey City University with a B.A. degree in education and psychology. She is now a stay at home mom who makes her life all about her family. Her husband, Joe Gorga is a very successful real estate developer who built their ornate mansion in which they currently live. Melissa Gorga is currently working on becoming a recording artist and is working with one of the top producers in the industry. Her debut single, On Display, was released in 2011 and since then she has release four more singles which are all available on iTunes. She has also teamed up with the Home Shopping Network to launch her new affordable jewelry line self-titled, Melissa Gorga. Melissa is available for speaking engagements, hosting, and autograph signings.

TO WORK WITH MELISSA GORGA: Reality TV Speaker Melissa Gorga can be hired for endorsements and events in roles such as public speaker, autograph signings, SMT’S, and public relation campaigns. 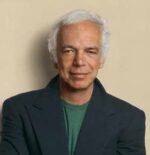