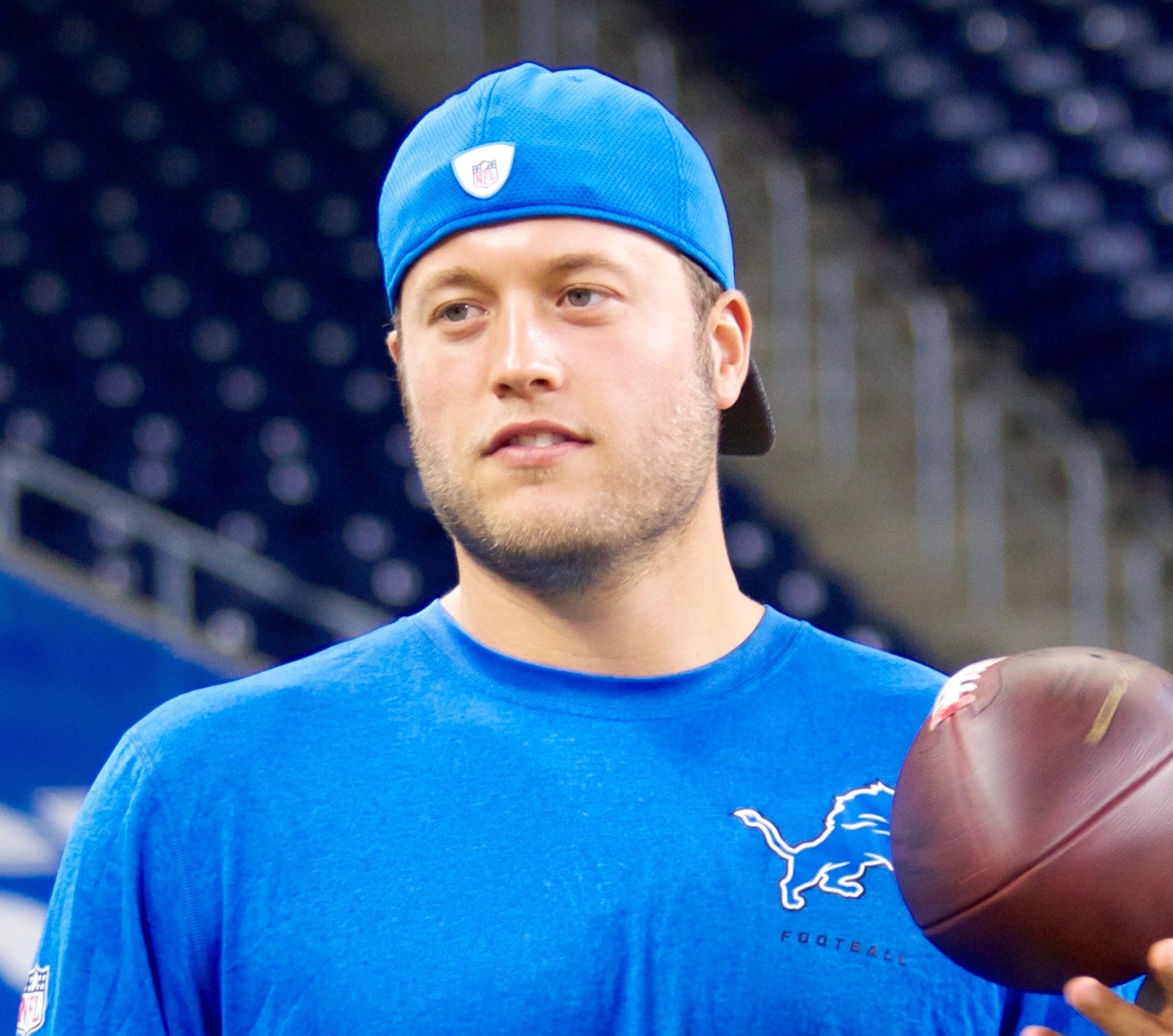 Matt Stafford is the quarterback for the Los Angeles Rams, the 2022 Super Bowl winners. He played for the University of Georgia in college, starting as a freshman in 2006. He started his professional career with the Detroit Lions in 2009, when he was the first round draft pick, to 2021, when he started playing for the Rams.

Stafford is the fastest player in history to reach 40,000 passing yards, and he ranks as third in all-time passing yards per game. In Super Bowl LVI, he threw a 22-yard no-look pass to wide receiver Cooper Kupp, helping to win the game 23-20.

Drafted by the Detroit Lions first overall in the 2009 NFL draft, Sports Speaker Matthew Stafford left school early to be drafted #1 for a six year contract reportedly for $41.7 million and carries a total value of up to $78 million.  On September 7, 2009, the Lions head coach Jim Schwartz made the announcement that Matthew would be their permanent starting quarterback and made his debut on September 13, 2009. He completed 16 of 37 passes for 205 yards and 3 interceptions and ran in a 1 yard touchdown. For the start of the 2011 season, the Detroit Lions opened against the Tampa Bay Buccaneers with a win for the first season opener win since 2007.

TO WORK WITH MATTHEW STAFFORD: Sports Speaker Matthew Stafford can be hired for endorsements and events in roles such as public speaker, autograph signings, SMT’S, and public relation campaigns.