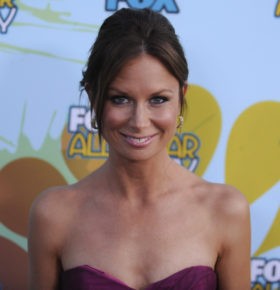 Mary Lynn Rajskub has become one of the most recognizable faces in the entertainment industry for this generation.   Her celebrity is primarily derived from her association with the well-known character Jack Bauer from the FOX Series 24.  Mary Lynn has carved out her career as a niche actress who’s thrived in a set of roles that fit her gentle personality and skill set.  She followed the path of many of Hollywood’s stars by moving to Los Angeles to follow her dream while slowing working her way from the depths of acting circles to the pinnacle.

Celebrity Speaker Mary Lynn Rajskub debuted on the national scene in 2003, when she first appeared on the 3rd season of 24.  Her character, Chloe O’Brien, was an immediate hit with the show’s immense audience and was brought back for the next couple of seasons as a guest star.  By the beginning of Season 5, Mary Lynn was the female lead on 24, and was the 2nd highest paid talent on the show besides Kiefer Southerland.  Mary Lynn appeared as a main cast member in 7 seasons of 24, which spanned over 125 episodes and 11 years.  For her role as Chloe O’Brien, Mary Lynn was nominated for 2 Screen Actors Guild Awards, once in 2005 and again in 2007.  Aside from 24, Mary Lynn Rajskub has made appearances on a variety of other television shows and films including It’s Always Sunny in Philadelphia, How to Be a Gentleman, and Julia & Julia.  She is also an accomplished comedian and has taken the stage in the theater setting as well as the traditional stand-up role. She is currently occupied with a nation wide stand up tour that will finish in the summer of 2015.

Mary Lynn is also a presence off the screen.  She regularly holds meet and greets with her fans around her comedy shows, and participates in a variety of charity events.  In addition, Mary Lynn is also a self-proclaimed dog lover and is active in the animal rights community.