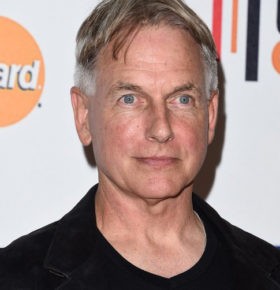 Mark Harmon is an American movie and television actor who’s been in the entertainment industry for nearly 4 decades.  Celebrity Speaker Mark is widely recognized for his role as Leroy Jethro Gibbs on the CBS series NCIS.  Harmon is the son of former Heisman Trophy winner Tom Harmon, which inspired Mark as a football player.  Mark Harmon reached his gridiron apex when he became the starting quarterback for the UCLA Bruins in 1972 and 1973.

Harmon saw his acting career really takeoff in the 1980’s with a multitude of roles in both television and film.  He played Dr. Robert Caldwell for three seasons in the NBC series St. Elsewhere. In 1986 Harmon was named People magazine’s Sexiest Man Alive.  Mark also appeared in a series of movies in the late 1980’s including Let’s Get Harry, Summer School, The Presidio, and Stealing Home.  Harmon decided to focus his career back to television in the 1990’s and eventually took a role as Dr. Jack McNeil on the series Chicago Hope.  He lasted five seasons on the show from 1996 until 2000.  In 2003, Harmon began his role as Leroy Jethro Gibbs on NCIS.  This has proved to be the most defining role of Harmon’s career.  Gibbs is a very stoic and disciplined character known for his immaculate record as a serviceman.  NCIS is currently the longest tenured primetime drama on CBS, and all of network television.  In the 2012-2013-television year, NCIS received the highest ratings of any show on television.  It is currently entering its 12th season on the air. In 2014, Harmon started a production company called Wings Productions to produce NCIS: New Orleans.

In 2013 Harmon won the Prism Award for Male Performance in a Drama Series for his role in NCIS.  Mark Harmon is married to Pam Dawber, and they have two children Sean and Thomas.  Harmon is also an accomplished carpenter and his skills are alluded to when he builds boats as a hobby in NCIS.