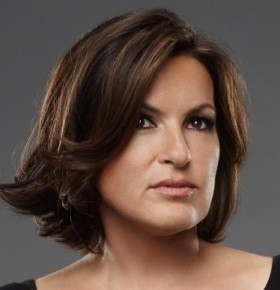 Celebrity speaker, actress, and producer Mariska Hargitay has been on the road to fame since her first role in the horror movie, Ghoulies, thirty years ago. Since then, Mariska has starred on several series including Seinfeld, Can’t Hurry Love, Ellen, Baywatch, In the Heat of the Night, All American Girl, and the award winning series ER where she played a recurring role, starring in thirteen episodes. Hargitay’s biggest role came when she was cast in the leading role playing Detective Olivia Benson in Law & Order: Special Victims Unit. Throughout the many years that Mariska has played the role of Detective Benson, she has received several prestigious awards, including a Golden Globe award for Best Performance by an Actress in a Television Series, a Primetime Emmy award for Outstanding Lead Actress in a Drama Series, and has been nominated for several People’s Choice Awards and Screen Actors Guild Awards.

Outside of her successful television career, Mariska Hargitay has also appeared in several films, including Leaving Las Vegas, Lake Placid, and The Love Guru. She has also been a guest on such television programs as Late Night with Conan O’Brien, ABC’s The View, Entertainment Tonight, Barefoot Contessa, The Ellen DeGeneres Show, and Katie with host Katie Couric.

Hargitay is also known for her charitable contributions. As the founder and president of the Joyful Heart Foundation, she furthers her support to those who have suffered child abuse, domestic violence, and sexual assault. She is also a supporter of the Multiple Myeloma Research Foundation and serves as an honorary board member director.