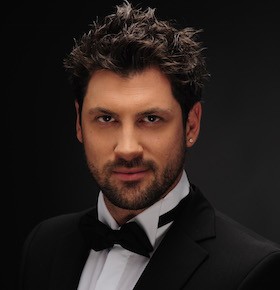 Celebrity Speaker Maksim Chmerkovskiy is a renowned choreographer, Broadway performer, business owner and actor. Mak is widely known as one of the professional dancers on the ABC hit series Dancing With the Stars. The series is a dance competition where celebrities are paired with a professional dancer. Each couple competes against other and the pair with the lowest remaining points is eliminated each week. After 14 seasons on the show Maksim retired from Dancing With the Stars in May, 2015 but continues to work as a celebrity speaker reflecting on his time with the show.

Makism has appeared on Dancing With the Stars fourteen times. He made it to the finals five times including two runner-ups and two third place finishes. During the eighteenth season and Mak’s final, he was paired with Olympic figure skater Meryl Davis.  The pair took home a first place trophy in May 2014, making that Mak’s first win.  Currently, they have the highest average of of any dancer in the shows history and also are tied at six with Jennifer Grey and Derek Hough for the most amount of perfect 30’s.

During Makism’s career with the show, he partnered with many well-known actresses such as Tia Carrere, Debi, Mazar, Denise Richards, Melissa Gilbert and Kirsti Alley. He also has been paired with Erin Andrews, Brandy Norwood, Hope Solo and Misty May-Treanor.

Outside of his dancing career, he starred as The Bachelor in the Ukrainian version of the reality dating series. He also appeared as one of the judges for the Indian version of Dancing With the Stars. In July 2012, Mak was on the TV Land sitcom The Exes. He also played the role of handyman Anton Ivanov in the soap General Hospital.

His passion for dance continues through his charity Dance Team USA. This non-profit educational organization is devoted to recruit, support and train future DanceSport participants.