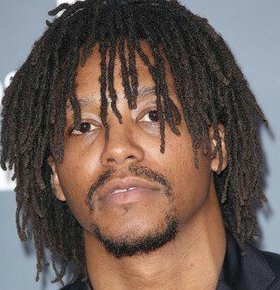 In the music industry today, there are few artists who are more conscious and outspoken about the state of the world today than Lupe Fiasco.  Celebrity Speaker Lupe is one of the pioneers of the ‘educated’ hip-hop movement designed to replace the negativity that exists in urban culture with enlightened ideas of learning and progress.  Lupe comes from very humble beginnings growing up in a housing project one the West Side of Chicago.  This environment inspired Fiasco because he saw the despair of those around him and knew he was destined for more than a life on the streets.

Lupe Fiasco began writing and recording songs as an adolescent, and was unique in the hip-hop industry for his omissions of inappropriate topics and vulgarity.  In his early 20’s Lupe Fiasco reached national fame after getting assistance from Jay-Z for a record deal with Atlantic Record.  In 2006, Fiasco released his first album Food & Liquor.  The album was critically applauded for its unique takes on the hip-hop genre and was nominated for 3 Grammy Awards including a victory for Best Urban/Alternative Performance.  This effectively turned Lupe Fiasco into a star among the urban community, and he represented a burgeoning culture of knowledge and progression.  He parlayed this success into the release of The Cool, his second studio album, which also received much acclaim and was nominated for 3 more Grammy Awards.  In total Lupe has 5 studio albums and has been nominated for 12 Grammy Awards in his career.

Outside of the recording studio Fiasco has been an activist for political and social reform.  He helped produce an album following the 2010 Haiti earthquake to generate profitable donations and immediate relief.  In 2013, Fiasco delivered a motivational graduation speech to an urban Chicago High School encouraging the graduates to achieve more than what is expected from them.  Lupe also joined a large group of celebrities including Jessica Biel on a climb to the top of Mount Kilimanjaro for the sanitary drinking water initiative Summit on the Summit.  In recent years Lupe has generated a call to action to stop gang violence in his hometown of Chicago during its current period of increased murder rates.  Seen as a progressive mind, Lupe Fiasco has appeared as a guest on a variety of publications including the Stephen Colbert Show, CBS’s What’s Trending, and Katie Couric’s Yahoo web series World 3.0.   In these appearances he discusses various topics including his views on the current state of the American Government, and initiatives for the fight against cancer.