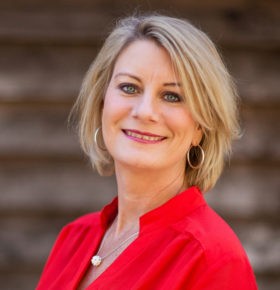 Christian speaker Lisa Robertson is a member of the famous Duck Dynasty family, The Robertson’s. Married to the one “beardless” Robertson brother, Alan Robertson, Lisa was not a regular on the reality television series until she began appearing in its fourth season; however, she is certainly part of the family. Lisa’s husband, Alan is the oldest son of the Duck Dynasty patriarch, Phil Robertson, and brother to the Duck Dynasty stars, Willie, Jase, and Jep Robertson who run the family business, Duck Commander. Alan and Lisa originally were not on the popular Reality TV series because Alan decided to become a preacher and left his position at the family business. As the show continued to see success, the oldest brother rejoined Duck Commander working in public relations for the company.

In 2014, Reality TV star and Christian speaker Lisa Robertson joined the other Robertson wives, Kay, Korie, Missy, and Jessica Robertson in writing the tell-all book entitled The Women of Duck Commander: Surprising Insights from the Women Behind the Beards About What Makes This Family Work. Lisa surprised everyone by sharing a very personal and painful experience from her past of being molested by an extended family member from her past. She goes on to share how the abuse affected her adult life and her marriage as she became unfaithful to her husband, Al Robinson, then to her story of recovery, finding faith in god and in her relationship with her husband. Lisa decided to speak out about this in the book so that her story may help others who have been abused.