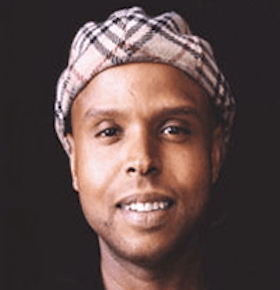 Some would say that Celebrity Chef Speaker Lindsey Williams is obsessed with soul food. Like many people who have loved and eaten soul food for so long, Chef Williams grew up dealing with being overweight, which had a significant impact on both his health and his self-image. Lindsey’s grandmother, Sylvia Woods, was considered the Queen of Soul Food and owner of Sylvia’s famous soul food restaurant in Harlem, so it comes as no surprise that Chef Williams would follow in her footsteps, but in a healthier way than ever before. Chef Lindsey took his culinary expertise to develop a new, lighter approach to cooking soul food and used it not only for himself, which resulted in him losing more than 200 pounds, but he used it to change the lives of the people around him as well.

Celebrity Chef Speaker Lindsey Williams is possibly best known for his bestselling cookbook, Neo Soul: Taking Soul Food to a Whole ‘Nutha Level. Chef Williams’ book was an immediate bestseller with soul food lovers when it was released in 2007. In the cookbook, Chef Lindsey offers up healthy alternatives to famous high-calorie soul food dishes like sweet potato pie and collard greens. He has been featured in People Magazine, Harlem World magazine, and has made guest appearances on the Oprah Winfrey Show and several other television talk shows.

These days, Lindsey Williams is planning to create his own line of organic and healthy soul food, complete with both frozen and ready-to-cook soul food entrees. He has also worked with the Harlem Healthy Living Program and the American Dairy Association and Dairy Council in their mission to get Harlem kids to eat healthier.