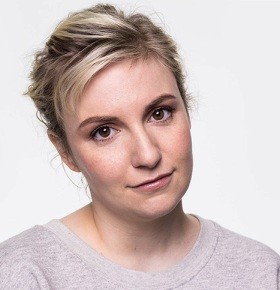 Celebrity Speaker Lena Dunham burst onto the Hollywood scene with the debut of her feature film Tiny Furniture in 2010. The film received critical acclaim, and since then Lena has been shaking things up in Hollywood, defying the odds as she swims against the mainstream. One thing is for sure—Lena is as candid as they come, known for triumphing taboo issues and speaking her mind. Whenever the Girls star walks into a room, heads are sure to turn.

After the success of Tiny Furniture, Celebrity Speaker Lena went on to create the hit HBO series Girls in collaboration with Primetime Emmy Award-winning Judd Apatow; she also stars in as the lead character Hannah. The plot follows a group of twenty-somethings played by Jemima Kirk, Zosia Mamet, Allison Williams, Adam Driver, and Alex Karpovsky as they struggle to figure out their lives as young adults in Brooklyn, New York; much of the show is based off of Lena’s own experiences. Girls premiered in 2012, and since its debut it has gained traction among audiences everywhere. For her work on the show, Lena has picked up numerous nominations, two Golden Globe Awards, and most notably became the first woman to win a Directors Guild Award for Outstanding Director in a Comedy Series. More importantly, Girls has sparked debate on issues ranging from feminism and race to relationships. Instead of shying away from sensitive and prevalent topics, Lena has publicly and boldly responded. Nothing is off-limits for the Girls star, who freely discusses everything from body image to her diagnosis of OCD as a child.

In 2013, Time Magazine named Lena to their list of 100 Most Influential People in the World, and the actress has also been featured on various magazines covers such as Vogue to Rolling Stone. Lena is also the first woman to win a Directors Guild Award for Outstanding Director in a Comedy Series. Lena also authored her first book, Not That Kind of Girl, in which the acclaimed star shares her own life lessons and experiences.