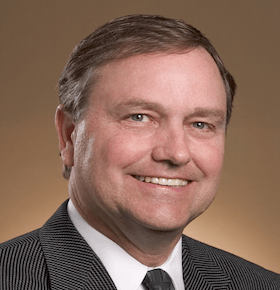 Lee Scott was the chief executive officer of Wal-Mart from 2000 to 2009. During his tenure, the company retained its position as the largest retailer in the world and launched a corporate diversity initiative and environmental sustainability initiative.

After working from 1977 through 1979 for Yellow Freight Systems as a terminal manager, Business Speaker Lee Scott joined Wal-Mart as an assistant director of transportation. He quickly moved up the ranks of the company, later becoming Director of Transportation, Vice President of Transportation, Vice President of Distribution, and Senior Vice President of Logistics. Scott was known for dramatically improving Wal-Mart’s distribution network, making it one of the most technologically advanced and efficient networks in the world. In 1995, Scott worked as the Executive Vice President of Merchandise. During this job, Scott helped gain record sales increases with minimal increases in inventory levels, a remarkable achievement. A breakthrough in his career occurred in 1998 as he was named president and chief executive officer of Wal-Mart U.S. The following year, he was named vice chairman and chief operating officer of Wal-Mart. In 2000, Scott became the president and CEO of Wal-Mart, and he served in this position until 2009. From 2010 to 2011, Scott worked as a director of the Goldman Sachs Group. Notably for Scott, Wal-Mart was named one of the best places to work in the United States in 2002 and 2003; this was during his career as CEO.

Scott currently serves as a director for several private companies and is on the advisory board of the Tsinghua University School of Economics and Management in Beijing, China. In 2004 and 2005, Scott was named one of Time magazine’s most influential people. During his career as CEO, Scott was known for launching a corporate diversity initiative and a corporate environmental sustainability initiative, which focused on renewable energy, waste, and sustainable products.