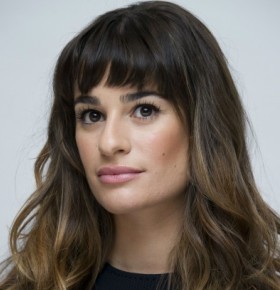 Television Star, singer and celebrity speaker Lea Michele discovered her acting and musical talents early on in life, making her debut on Broadway at the age of nine in Les Miserables. Lea went on to star in several famous Broadway shows including Ragtime, Fiddler on the Roof, and Spring Awakening. Lea Michele got her big break in 2009 when television screenwriter Ryan Murphy traveled to New York City seeking out talent for his musical comedy-drama series, Glee. Rather than holding traditional casting calls, Murphy spent three months on Broadway in search of theatrical actors when he discovered Lea Michele and was immediately inspired to write the role of Rachel Berry specifically for Lea. Glee went on to become a huge success on Fox attracting 9.62 million viewers in its pilot episode. Lea Michele’s portrayal of Rachel Berry has earned her multiple awards including the People’s Choice Awards for Favorite TV Comedy Actress and the Satellite Award for Best Actress in a Series, Comedy or Musical. Lea has also been nominated numerous times for Primetime Emmy Awards, Golden Globes, and Grammy Awards. In 2010 Time magazine named Michele as one of their 100 Most Influential People In the World. It was announced in January 2015 that Lea would be the leading role in the horror-comedy series, Scream Queens, which will debut in the Fall of 2015.

Not only is she a star on the small screen, Lea Michele proved her singing and acting talents shine just as bright on the silver screen as well when she played the role of Elise in the 2011 film New Year’s Eve. Lea has also continued her successful career partnering with brands as a celebrity spokesperson. Such endorsements include starring in commercials for Dove and HP TouchPad as well as serving as spokesperson for Nike’s workout application, Candies, and L’Oreal Paris. Lea has continued her musical career by signing to Columbia Records as a solo recording artist in 2012. Her debut album, Louder, released in March of 2014. In addition, she released her first book, Brunette Ambition in 2014 and made its debut on The New York Times Best Seller list at number 3.