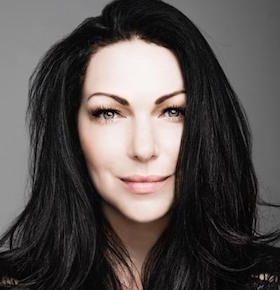 Celebrity Speaker Laura Prepon has played the field in terms of television genre — from comedy to animation, and now drama in the Netflix original series Orange is the New Black. In this television series, whose second season premiered June 6, she plays the role of Alex Vause, an ex-drug smuggler whose life seems to be perpetually entangled with crime. Prepon’s character is especially notable for her knotted relationship with the show’s main character Piper Chapman, played by Taylor Schilling, who is both her former girlfriend and fellow inmate after Alex gets Piper convicted for her involvement in Alex’s drug business during their relationship. Before jumpsuits and handcuffs though, Prepon played the witty, no-nonsense teenager Donna Pinciotti on the Fox sitcom That 70’s Show in 1998 for all eight seasons of the show. She continued her acting career after the sitcom in 2007 as Hannah Daniels on the ABC show October Road, as well as several guest appearances in shows such as How I met your Mother, Medium, and Castle. In addition to filmed acting, Prepon has also been featured in animated shows such as American Dad, King of the Hill, and even as a character in the video game Halo 2.

Celebrity speaker Prepon’s current show, Orange is the New Black, is based off of the memoir Orange is the New Black: My Year in Women’s Prison by Piper Kerman, which chronicles Kerman’s experience behind bars. Prepon originally auditioned for the role of Piper, but director and producer Jenji Kohan ultimately decided to cast her as Alex, citing Prepon as an ideal fit for the character. The show has been renewed for a third season, revealed by Prepon through Instagram when she posted a photo of various season three episode titles, which Netflix later confirmed.