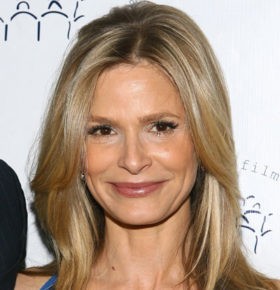 Emmy winning actress and Celebrity Speaker Kyra Sedgwick, is best known for her role as Deputy Chief Brenda Leigh Johnson in TNT’s hit crime drama The Closer. Born and raised in New York City, Sedgwick left the big apple to attend the University of Southern California, where she graduated with a degree in theater.  During this time the aspiring actress was also able to land various television roles. Sedgwick made her television debut in the soap opera Another World. She continued her success in television impressing audiences in the TV version of Lanford Wilson’s Lemon Sky, before beginning to work on films. Her first movie role came in the 1992 film Singles. She then went on to earn roles in Heart and Souls, Something to Talk About, Phenomenon, Secondhand Lions, The Game Plan, and The Woodsman. However, Sedgwick’s biggest role came in 2005 for TNT’s The Closer. The series ran for seven seasons and throughout the life of the show, Kyra was nominated, and won, several awards. Her first award, a Golden Globe, came in 2007, followed by a Primetime Emmy Award in 2010. As a result of her success, Sedgwick earned a star on the Hollywood Walk of Fame. Since the conclusion of The Closer in 2012, Kyra Sedgwick has taken a break from television, however in July 2014 it was announced that she would be making a return to TV in Fox’s comedy series Brooklyn Nine-Nine, for a set number of episodes, opposite funny man Andy Samberg. Kyra recently appeared on The View with Jennifer Beals as they spoke about their upcoming TNT series Proof!

Outside of acting, Sedgwick has a family full of talent. She is married to Kevin Bacon, star of Footloose and Fox’s thriller series The Following, Together the couple has two children, Travis Sedgwick Bacon and Sosie Ruth Bacon, who has had her own successful acting career landing roles as a guest star in various television series, and in television films.