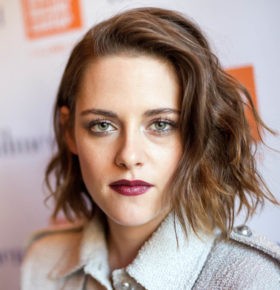 Celebrity Speaker Kristen Stewart is a talented American actress whose role as Bella Swan in the mega hit Twilight movie saga helped her gain notoriety from a multitude of movie critics and the American public alike. Her Twilight success has led to a large amount of big screen opportunities including a main role as Snow White in the 2012 recreation titled Snow White and the Huntsman, which also starred Charlize Theron and Chris Hemsworth. Kristen’s on-screen success helped book multiple endorsements deals from industry leading companies including a deal at the end of 2013 that made her the new official face of Chanel. Kristen also acts as the face of 2 Balenciaga perfume fragrances Florabotanica and Rosabotanica in ad campaigns for the iconic international fashion brand.

Celebrity Speaker Kristen Stewart built her reputation as an actor of many talents playing a multitude of different roles before becoming one of the main stars of the Twilight Saga. As a young actor, Kristen was nominated for 2 Young Artist Awards for her performances in the independent film The Safety of Objects and the American thriller, Panic Room. She followed this performance with an impressive role alongside Dennis Quaid and Sharon Stone in Cold Creek Manor. She would soon land major roles in films such as Into the Wild, Adventureland and The Runaways. From 2008-2012, Kristen was involved in the tapings of the Twilight Saga, a 4-movie event that launched an unprecedented amount of opportunities for movie, merchandise, and general appearances for the incredible young actress. Most recently, Kristen was seen in Camp X-Ray, Equals and the Oscar-winning, Still Alice. She became the first American actress to win a Cesar Award when she won Best Supporting Actress this year for her role in Clouds of Sils Maria.