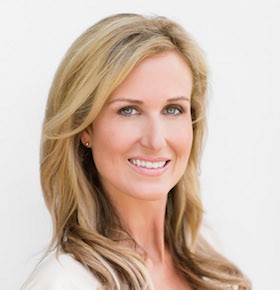 Reality TV Star and Christian Speaker Korie Robertson stars on A&E’s hit reality show, Duck Dynasty as the wife of Willie Robertson. Duck Dynasty is based on the lives and family-run business of the Robertson’s who live in West Monroe, Louisiana. Korie works as office manager of the million-dollar business, Duck Commander, alongside her husband Willie, who is also her business partner and CEO, her mother-in-law and Vice President, Kay Robertson, her father-in-law, founder and president, Phil Robertson, and her brothers in law, Jep and Jase Robertson. Together, Korie and Willie have four children, John Luke, Sadie, Lil’ Will, Bella, and an exchange student from Taiwan, Rebecca.

In addition to appearing on Duck Dynasty, Christian Speaker Korie Robertson has made television appearances on shows like ABC’s daytime talk show, Katie, Fox and Friends, The Wendy Williams Show, and Fox News’ The O’Reilly Factor with Bill O’Reilly.

Korie and her husband Willie are also co-authors of the book, The Duck Commander Family: How Faith, Family, and Ducks Built a Dynasty. In the book, they give readers a behind-the-scenes account of how their family came to be the way it is today, why it is so appealing to viewers, and how their Louisiana bayou family has made millions with their thriving family business. Korie released another book called The Women of Duck Commander along with Kay, Missy, Jessica, and Lisa Robertson, which was published in April, 2014. This book gave readers a better idea of the women in the Robertson family who stand by their bearded men through thick and thin.