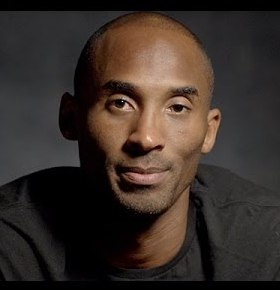 Sports speaker for hire Kobe Bryant, shooting guard for the LA Lakers, was picked 13thoverall in the 1996 NBA Draft by the Charlotte Hornets and then was traded to the LA Lakers. In 1997 he was a fan favorite and won the Slam Dunk Contest. He teamed with sports speaker for hire Shaquille O’Neal to lead the Lakers to three NBA championships in a row from 2000-2002. In the 2005-2006 and 2006-2007 seasons, he led the NBA in scoring and was awarded the MVP for the 2007-2008 seasons. Kobe led the Lakers to two consecutive championships in 2009 and 2010 and both years, won the NBA Finals MVP.

For his notable accomplishments, he ranks third and sixth on the league’s all-time postseason scoring and all-time regular season scoring lists and all-time leading scorer in LA Lakers franchise history. Sports speaker Kobe Bryant has won All-Star MVP four times, fifteen-time member of the All-NBA team and twelve times All-Defensive team and the youngest player ever to receive defensive honors. He was also a part of the 2008 and 2012 Olympic gold medalist team and a member of the USA National team. In 2000, Sporting News and TNT named Kobe Bryant the NBA Player of the Decade.

Kobe has booked endorsement deals with Adidas, Nike, Coca-Cola Company, McDonald’s, Spalding, Upper Deck, Ferrero SpA’s, Nutella, Russell Corporation, Nintendo and Turkish Airlines. Forbes 2013 listed Kobe as the fifth highest paid athlete. He is also an official ambassador for After-School All-Stars, a non-profit organization providing after-school programs to children in thirteen U.S cities. A year after his contract ended with Adidas, Kobe signed a contract with Nike and he now has his own line of footwear and apparel. Sports speaker for hire Kobe is available for fundraisers, golf outings and sporting events.

WORK WITH KOBE BRYANT: Would your organization like to hire Kobe Bryant for a speaking engagement, endorsement, public relations campaign, or one of a kind appearance at your next conference or special event? Contact Celebrity Speakers Bureau today to hire Kobe Bryant or another great sports speaker via email at booking@celebrityspeakersbureau.com .