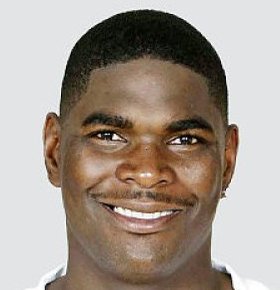 Former National Football League wide-receiver turned analyst and Sports Speaker Keyshawn Johnson is one of many celebrities to put on their dancing shoes for the popular ABC show Dancing with the Stars. Keyshawn was featured in season 17 of the series alongside dance partner Sharna Burgess. Johnson appeared as a contestant along with celebrities Christina Milian, Nicole “Snookie” Polizzi, Elizabeth Berkley, and more. His hard work and success on the football field in the NFL lead to a spot as a football broadcaster and analyst for ESPN.

Sports Speaker Keyshawn broke into the NFL as the #1 overall pick in the 1996 NFL Draft after several All-American season at the University of Southern California. Johnson spent the first 3 seasons of his career with the New York Jets and helped coach Bill Parcells resurrect the Jets organization to almost make the Super Bowl. He was traded to the Tampa Bay Buccaneers in 2000, who soon signed him to an $56 million contract over 8 years that made him the highest paid wide-receiver in the league at that time. Under prolific coach and future broadcast partner Jon Gruden, Keyshawn and the Bucs won the Super bowl in 2002.

Sports Speaker Keyshawn went on to play for the Dallas Cowboys and Carolina Panthers before retiring, but not before he became the first player in NFL history to catch a touchdown pass on Monday Night Football with four different teams. Keyshawn is now a beloved broadcaster on Sunday NFL Countdown and Monday NFL Countdown and his segment he created called “C’mon Man!” cracks up the audience with a bad play from the week that deserves the catchphrase. Some may not know that Keyshawn also hosted his own series on A&E in 2009 called Keyshawn Johnson: Tackling Design. Aside from his TV appearances he gives back to numerous charitable organizations including The Keyshawn Johnson Education Foundation for the bettering of children’s health and well-being.