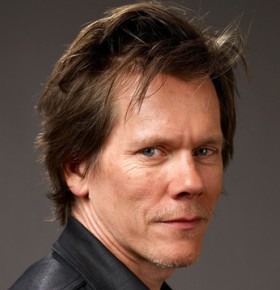 Celebrity speaker Kevin Bacon is an American actor whose 30 year career in the film and TV industry serves as a testament to his acting abilities and his ability to adapt with the industry over time. His successful career on screen has been highlighted by a multitude of successful films including Footloose, Apollo 13, and Mystic River. Kevin won a Golden Globe and Screen Actors Guild Award in 2010 for his role as Lt. Colonel Michael Strobl in the made for TV historical drama Taking Chance. His most recent work has come as FBI agent Ryan Hardy in the Fox TV drama series The Following, a role for which he won a Saturn Award for Best Actor on Television.

Celebrity Speaker Kevin’s first role in a major motion picture came in the 1978 cult classic Animal House, and shortly followed by his major role on the horror film Friday the 13th. His performances on Broadway including a lead role in Barry Levinson’s Diner helped land his classic role of Ren McCormack in the box office hit film Footloose, a movie which would earn him a cover story in People magazine. Kevin’s career has been supplemented by his work as a director and in 1996 he was awarded a Golden Globe for his directing debut, a TV movie titled Losing Chase. Kevin is also responsible for directing several episodes of the TNT TV series The Closer, starring wife Kyra Sedgwick. The 90’s saw Kevin diversify his acting gigs, taking roles as a gay prostitute in Oliver Stone’s JFK, vigilante Wade in The River Wild, and the cocky Jack Swigert in Apollo 13.

Recently Kevin has starred in feature films such as Frost/Nixon, Crazy Stupid Love, and X-Men: First Class. He was also utilized in a mutli-year ad campaign for the British mobile network EE. In 2007, Kevin launched the charitable initiative sixdegrees.org, a website that helps connect celebrities with charitable causes and vice versa.