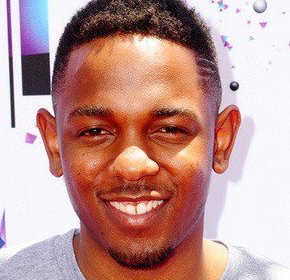 Celebrity speaker Kendrick Lamar is quickly becoming one of the best rappers in the country, and the world.  Born in Compton, California, Lamar was inspired to begin rapping at a young age after witnessing Tupac and Dr. Dre film the music video for their hit California Love. By the age of 16 he had released his first mix tape, which garnered the attention of record label Top Dawg Entertainment who gave him his first recording contract. Lamar continued to release mix tapes and gain more attention. While working his way to the top, he enjoyed the opportunity of getting to work with some of the best in the business such as Dr. Dre, Snoop Dogg, Drake, and Lil Wayne.  The rapper’s rising success also brought more record labels knocking at his door looking to sign contracts, and in 2012 it was announced that Lamar’s upcoming projects would not only be released via Top Dawg Entertainment, but through Interscope Records and Aftermath Entertainment, Dr. Dre’s label. That same year, Lamar’s debut album good kid, m.A.A.d city was released and it quickly took over the charts with Swimming Pools (Drank), Bitch Don’t Kill My Vibe, and Poetic Justice all earning spots in the Top 40.  All in all, the album debuted at number 2 on the US Billboard 200 and was later certified platinum by the Recording Industry Association of America. As a result of the album’s success, Lamar received an impressive total of seven Grammy nominations in categories such as Best New Artist, Album of the Year and Best Rap Song. Despite not winning a Grammy, Kendrick did have the honor of collaborating, and performing, with rock band Imagine Dragons at the awards show creating a mash up of m.A.A.d city and Radioactive, which proved to be a hit as it became one of the best selling singles on iTunes. Kendrick’s latest album release occurred on March 16, 2015 when To Pimp a Butterfly was released to the public. The album debuted atop the U.S. Billboard 200 chart selling 324,000 copies in its first week.

Kendrick Lamar’s talent in the studio has also warranted him endorsement deals.  In October 2011, he partnered with Windows Phone to promote their newest product. For the promotion he created an original song specifically for the Windows Phone entitled Cloud 10. Lamar has also had the pleasure of being featured in many popular television programs such as Last Call with Carson Daly, Late Show with David Letterman and Saturday Night Live.