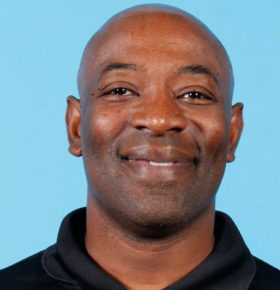 Sports speaker Keith Smart is a former NBA player and head coach, but many basketball fans remember him for his heroics during his playing career. Keith hit the game-winning shot for the Indiana Hoosiers to beat Syracuse University in the 1987 NCAA National Championship game while playing under legendary coach Bob Knight. The shot is remembered as one of the greatest moments in NCAA Tournament history along with the likes of Christian Laettner’s epic last second shot to win the title in 1992. Keith’s incredible play and game-winning shot helped earn him the award as the Most Outstanding Player of the Final Four that year.

Sports Speaker Keith transferred to Indiana University from Garden City Community College where he was a stand-out star in his conference before leaving to play the final 2 years of his eligibility with the Hoosiers. Following his coming out party in the 1987 NCAA Tournament, Keith was drafted into the NBA by the San Antonio Spurs and would spend a season with the team before beginning a stint of international professional basketball around the world. He would spend ample time playing on several teams in the World Basketball League until 1991. He moved on to play in a men’s professional league in the U.S. called the Continental Basketball Association, and would play until 1997 before taking his first head coaching job as the coach of the Fort Wayne Fury, the same team he finished his playing career with. Over his 3-year tenure with the team he would have a CBA leading 21 players sign NBA contracts.