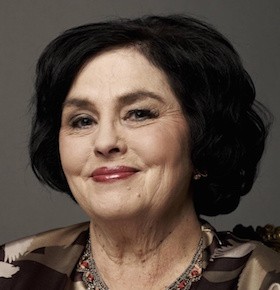 Reality TV star, Christian Speaker and celebrity chef Kay Robertson, aka Miss Kay, is the matriarch of the Robertson family which star in the hit A&E reality show, Duck Dynasty. Miss Kay is the wife of Phil Robertson and mother to Willie, Jase, Jep, and Alan Robertson who all own and run their multi-million dollar company, Duck Commander, which produces gear for duck hunters. The backbone of the family, Christian Speaker Miss Kay keeps her boys in line with her strong southern family morals and beliefs, making sure they never miss a home cooked dinner with the family. Following the popularity of the reality show Duck Dynasty, Kay Robertson has been in high demand for appearances on television shows including The Wendy Williams Show, Fox and Friends, and ABC’s daytime talk show, Katie.

A talented home cook, Miss Kay Robertson routinely makes dinner for her extended family and most of her neighbors. In fact, the final scene of each Duck Dynasty episode features a meal setting with Phil Robertson blessing the meal and Willie Robertson recapping the events of the show. Miss Kay’s talents became even more evident when she announced that she would be publishing a family cookbook in 2013. The cookbook, Miss Kay’s Duck Commander Kitchen: Faith, Family, and Food–Bringing Our Home to Your Table, includes over 100 family recipes accompanied by stories of the Robertson clan. The dishes are mainly southern, back-country, home-cooked cuisine including recipes for fried frog legs, red beans and rice, crawfish pie, banana pudding, buttery biscuits, and sausage gumbo.