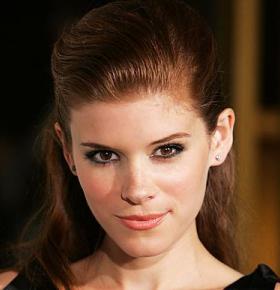 Celebrity Speaker Kate Mara is an American actress who has been featured in a number of the United States top films and TV series in the past few years. Kate played the role of reporter Zoe Barnes on the Netflix series House of Cards. Before House of Cards she appeared in the first season of the FX TV series American Horror Story along with the HBO series Entourage and the critically acclaimed drama series 24. Kate’s impressive acting career has also opened other opportunities for the young star including a photo shoot with GQ magazine featured in the March 2014 issue, and she has also made appearances on Late Night with Jimmy Fallon, Chelsea Lately, and the Late Late Show with Craig Ferguson. She will be appearing as Sue Storm/Invisible Woman in the upcoming Fantastic Four reboot and in The Martian with Matt Damon.

Some may not know that Celebrity Speaker Kate comes from a family of NFL executives including great-grandfather Tim Mara who founded the New York Giants and Art Rooney, the founder of the Pittsburgh Steelers. Her sister Rooney is also a talented actress who played Lisbeth Salander in The Girl with the Dragon Tattoo. At just 14 years old, Kate got her first acting gig with a small part in an episode of the longstanding TV series Law & Order and worked her way onto the set of several other productions including Nip/Tuck and the indie film Tadpole starring alongside Sigourney Weaver.

Celebrity Speaker Kate has always maintained a love for live theater and was made her theater debut in John Guare’s Landscape of the Body in 2003. After solidifying herself as an up and coming star, Kate began to be cast in more prominent roles in feature films including Shooter, Brokeback Mountain, 127 Hours, and Transcendence.