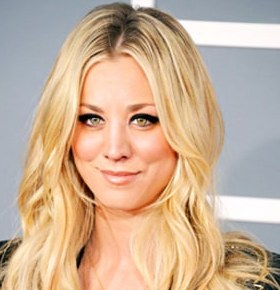 The Big Bang Theory star Kaley Cuoco plays an aspiring actress on the hit CBS show, but for Celebrity Speaker Kaley, that dream is reality. Kaley comprises the role of the socially apt waitress Penny, who is a breath of fresh air in comparison to the show’s other nerdy but equally hilarious characters played by Jim Parsons, Johnny Galecki, Mayim Bialik, Kunal Nayyar, and Simon Helberg. So far, Kaley has received the 2012 Satellite Award for Best Actress – Television Series Musical or Comedy, the 2013 Critics Choice Television Award for Best Supporting Actress in a Comedy Series, and the 2014 People’s Choice Award for Favorite TV Comedy Actresss. The Big Bang Theory’s popularity has grown exponentially since the first season; by its fourth season, the series was television’s highest rated comedy and has now been renewed for another three seasons.

Kaley’s first experience in the sitcom world was on the ABC show 8 Simple Rules from 2002-2005, and although she played the older sister Bridget Hennessy, in reality the blonde actress was eight years younger than her co-star Amy Davidson. Since then, Kaley has had roles in CSI: Crime Scene Investigation and Prison Break in 2003 and 2007, respectively. As a result from her success Kaley was awarded a star on the Hollywood Walk of Fame in October 2014.

When she’s not on the set of The Big Bang Theory, you can find Kaley riding her horse or playing the drums. The animal lover’s fun and bubbly personality has landed her on the covers of Cosmopolitan and Self magazines. She has made several appearances in television commercials as well, such as an appearance in a Proactiv infomercial hosted by Julianne Hough and numerous Priceline.com commercials.

Kaley is a vegetarian and married professional tennis player Ryan Sweeting in 2013. Additionally, her younger sister Briana was a competitor vying for first place on The Voice during its fifth season, but was eliminated before the finale.