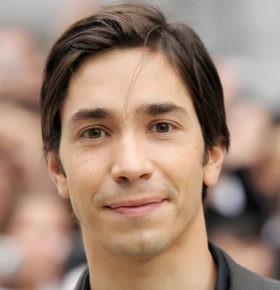 Justin Long is a celebrity speaker and actor who has appeared in various films and is known for his role as the socially inept character Warren Cheswick on the NBC TV show Ed. Long’s talent for acting first became recognized as a result of the popularity of his comedy group “LaughingStock” while at Vassar college in New York.  Long’s film debut came in the 1999 science-fiction comedy film entitled Galaxy Quest, where he portrayed an avid Galaxy Quest fan.  After Galaxy Quest, he was noticed for his acting in the 2001 hit horror film Jeepers Creepers, and became nominated for Best Performance for a Younger Actor at the Saturn Awards. Since Jeepers Creepers, Long has acted in a variety of roles, in Accepted and a member of a team in the sports comedy DodgeBall.  One of Long’s most memorable performances was in the 2007 blockbuster film Live Free or Die Hard with Bruce Willis, for which Long was nominated as Best Supporting Actor at the Saturn awards.

Besides acting in films, Long has also appeared in Apple commercials with John Hodgman for the “Get a Mac” advertising campaign. In these commercials, he represents the sophisticated and fashionable Mac computer, while Hodgman portrays the unsophisticated and mundane PC.

Having a knack for voiceover roles, Long has spoken in Battle for Terra, Alpha and Omega, Walking with Dinosaurs, and Planet 51. In 2007 and 2011, Long provided the voice for Alvin in Alvin and the Chipmunks and Alvin and the Chipmunks: Chipwrecked. He also was employed in the audiobook reading of Judy Blume’s book Then Again, Maybe I Won’t and Stephen King’s Everything Eventual.

Long is currently active in the film industry, having played roles in several 2014 films: the comedy- drama Comet, the neo-noir mystery drama Veronica Mars, and the horror film Tusk.