Olympic Speaker and Swimmer Josh Davis was the team captain of the U.S. team at the 2000 Summer Olympics. He won a total of five medals: three gold medals at the 1996 Summer Games in Atlanta and two silvers at the 2000 Olympic Games in Sydney, Australia. At the ’96 Olympics he was the only male athlete to win 3 gold medals. After his Olympic accomplishments, Josh established himself as an ambassador for swimming and is helping to pioneer the way for the next generation of professional swimmers.

Josh Davis is sponsored by Mutual of Omaha. He has appeared on TV commercials for the YMCA, FCA, PSA with Speedo for Alcohol Abuse Prevention and Healthy Tap Water Purifier Tablets. He has endorsed Advantage Rent-A-Car, Red McCombs, Speedo and Swimways along with sports broadcasting for NCAA Swimming Championships and three Big 12 Swimming Championships. He is available for endorsements, fundraisers and speaking engagements.

BOOKS: The Goal and the Glory: World-Class Athletes Share Their Inspiring Stories, Real Joy: Freedom to be Your Best

TO WORK WITH JOSH DAVIS: Olympic Speaker Josh Davis can be hired for endorsements and events in roles such as corporate appearances, endorsements, speaking and autograph signing. 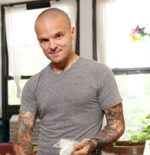