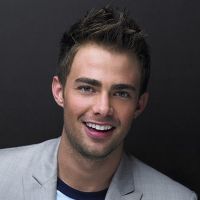 For most millennial girls and a majority of the public, celebrity speaker Jonathan Bennett will always be known as the high school hottie Aaron Samuels from the cult classic film Mean Girls also starring Lindsey Lohan, Rachel McAdams and Amanda Seyfried. Jonathan has acted in a number of other majored of other major motion pictures including Cheaper by the Dozen 2, Divorce Invitation, and reprising the iconic role of Van Wilder in National Lampoon’s Can Wilder: Freshman Year. Aside from acting, Jonathan has become a prominent TV personality as the host of MTV’s Copy Cat and was chosen as a contestant on Dancing with the Stars season 19 in 2014.

Jonathan got his big break in 2001 when he secured a role as J.R. Chandler on the popular ABC soap opera All My Children. He would guest star In several other TV dramas including Law & Order: Special Victims Unit, Veronica Mars, and Smallville. Mean Girls hit theaters in 2004 and Jonathan found several big opportunities starring in the aforementioned Cheaper by the Dozen 2 and also Lovewrecked with Amanda Bynes. Jonathan’s warm personality and good-natured characteristics have allowed him to become even more than just an actor, but also a voice as an inspirational speaker for younger generations who idolize him. Jonathan has also appeared on Dancing With the Stars as he was one of the contestants in the 19th season of the popular show.

In 2008, Jonathan appeared in print ads for Declare Yourself, a campaign that encouraged youth to register to vote in the 2008 United States presidential election between Barack Obama and John McCain. He has also remained an avid supporter of the Love is Louder project, a movement started by The Jed Foundation, MTV and actress Brittany Snow to address issues like bullying, negative self-image, discrimination and depression. The project provides troubled individuals with a support system that speaks louder than the voices that want to bring them down.