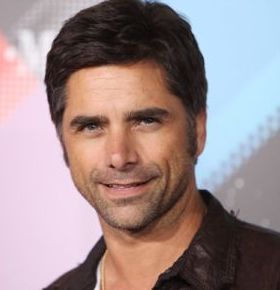 John Stamos is an American actor, singer and musician who was made famous in his role as Jesse Katsopolis on ABC’s hit TV series Full House in the late 80’s to early 90’s. The show’s popularity spanning 8 seasons and 192 episodes helped jumpstart the careers of several well-known actors along with John including Bob Saget, David Coulier and Mary-Kate and Ashley Olsen. His most recent work was as the founder of a sports and entertainment management company on USA Network’s TV series Necessary Roughness. John will also be in the Fox comedy, Grandfathered, premiering in the Fall.

Celebrity speaker John got his start in daytime television on the popular ABC soap opera General Hospital in 1982 and his strong performance earned him a Daytime Emmy Award after 2 years on the show. After a leading role alongside co-star Jack Klugman in a TV series called You Again?, he began his stint on Full House which aired from 1987 to 1995. The show’s premise involved John’s character Jesse and his best friend Joey moving in with Jesse’s brother-in-law to help him take care of his 3 daughters. The show ignites a fond memory from many viewers’ childhoods and still runs in syndication on Nick at Nite and TBS. John would go on to have several starring roles in the world of TV shows including A&E’s TV movie Wedding Wars in which he displayed his diverse acting skills as a gay wedding planner. Other TV gigs include a role on the TV drama ER and as the roast master for the Comedy Central Roast of Bob Sagat in 2008. While in the TV world, John has also done TV commercial ads for Oikos greek yogurt.

Some may not know John is quite the talented musician and he has occasionally performed with The Beach Boys, the ageless beach music band. His first time playing with the band was I n1986 and he has done shows with them as recent as May of 2013 at a post-game concert for the Cincinnati Reds.In 2009, he played the role of Albert in the Broadway revival of Bye Bye Birdie. Since 2005, John has also been the national spokesperson for Project Cuddle, a non-profit organization dedicated to preventing baby abandonment.