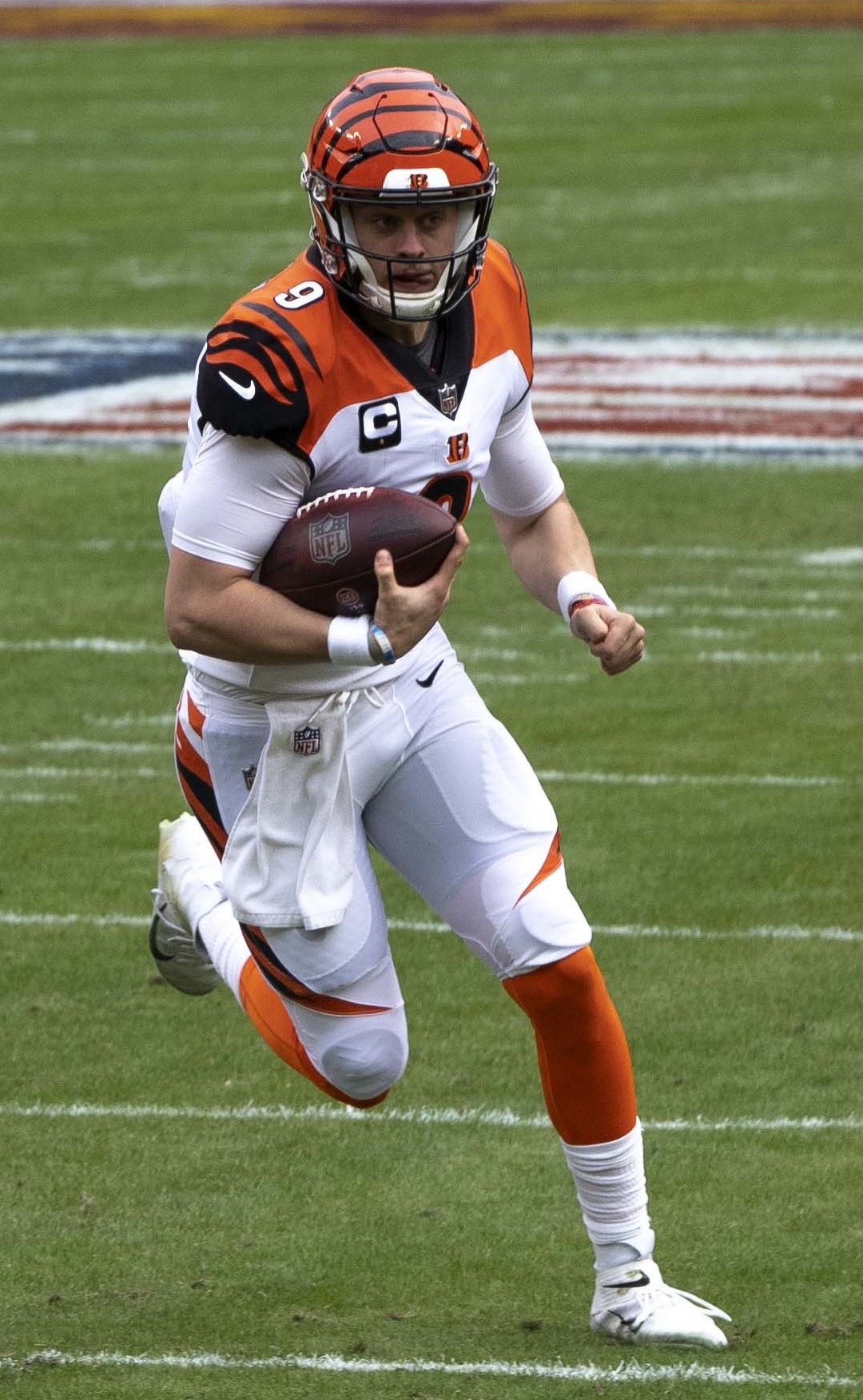 Leading quarterback of the Cincinnati Bengals, Joe Burrow, led his football team into their first Super Bowl since 1988. Being the first overall pick of the NFL draft in 2020, he succeeded in turning the Bengals team around for the better. Now is the best time to hire Joe Burrow for all accommodating events!

Football athlete Joe Burrow began his career by playing football for Ohio State University from 2015 to 2017. He was a redshirt for his first year and then played a total of 10 games, being the backup quarterback.

This led him to transfer to Louisiana State University LSU in 2018. During his first year with LSU, he won SEC Offensive Player of the Week twice due to his outstanding performances.

During Joe Burrow’s second year at LSU, he became the best quarterback in the league. He had many big achievements that year that pushed him to where he is today. He broke many records for LSU, including being the first quarterback to throw over 350 years in three back to back games.

One of Joe Burrow’s biggest accomplishments is winning the Heisman Trophy in 2019. He even set a record of the history of the award by having the largest victory margin ever.

Along with the Heisman Trophy, he also won many other awards that year. These include the Manning Award, Davey O’Brien Award, Johnny Unitas Golden Arm Award, Lombardi Award, Maxwell Award, and Walter Camp Award.

By the end of his college football career, he was invited to attend the 2020 NFL Draft. He was then selected as the number one overall draft pick in the 2020 NFL Draft by the Cincinnati Bengals. During his time with the Bengals, he was the first rookie quarterback to throw over 300 years in three back-to-back games.

Joe Burrow is the reason that the Bengals went to Super Bowl LVI in 2022, which was the first time they were in the Super Bowl in 44 years.

Being the best quarterback in the NFL, Joe Burrow would make a perfect motivational speaker and celebrity athlete to hire for any of your events!