Sports Motivational Speaker for hire Jim Morris is a former Major League Baseball pitcher and the inspiration behind the popular 2002 Disney movie, The Rookie. Jim made his major league debut at the age of 35 after a number of years spent in the Texas school system working as a physical science teacher and head baseball coach at Reagan County High School. Jim’s journey to the major leagues is a powerful story of self-belief, hard work and never giving up on your dreams. Today, Jim shares his game plan for success as a top motivational speaker at corporate conferences, business forums, fundraisers and other special events.

Jim’s father was a recruiter for the U.S. Navy and his family moved around a lot during his childhood years. Despite the changes going on around him, his one goal remained the same: Jim wanted to be a major league pitcher. He was first drafted by the New York Yankees in the 1982 amateur draft but did not sign with the team. He was selected 4th overall in the 1983 amateur draft and signed with the Milwaukee Brewers. He suffered through several injuries and was eventually released in 1987 having never gotten past Single-A. He had another brief stint in the minors with the Chicago White Sox but retired soon after due to recurring injuries.

It was in the spring of 1999 that Jim made a fateful bet with his high school baseball team that if they won the district championship, something that had never been done in school history, he would give the major leagues one last shot. They won the championship and a scout from the Tampa Bay Rays gave him a tryout just so that Jim could fulfill his promise to his team. Little did he know he was about to throw 12 straight 98-mph fastballs and earn a spot with the organization’s Double-A team!

He progressed quickly through the minors this go round and was called up to the major leagues after just 3 months. He struck out the first batter he faced in the major leagues and went on to pitch in 21 games for the Rays from 1999-2000. In 2002, Disney released a movie about his life called The Rookie that was voted one of the five greatest baseball films ever made by Sports Illustrated and won an ESPY for Sports Film of the Year.

Jim’s keynote speeches cover a variety of topics including the importance of integrity even when no one is watching, finding a mentor and becoming a leader. He uses his own story to inspire others to chase their dreams and lead by example.

Would your organization like to hire Jim Morris to make a personal appearance at your next event? Contact Celebrity Speakers Bureau today to hire Jim Morris or another top Sports Speaker to entertain and engage your audience at an upcoming corporate conference, speaker series, trade show or special event. 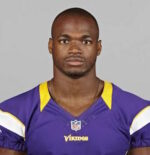