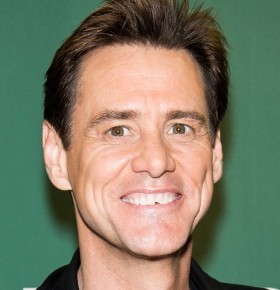 Jim Carrey is a Canadian American actor, comedian and producer whose played major roles in film for the last 20 years.  Celebrity Speaker Carrey, known as one of the most intriguing personalities in Hollywood, began his career as a struggling comedian looking for a break into show business.  His first prominent role came in the television series In Living Color, which led into his first leading role in the feature film Ace Venture: Pet Detective in 1994.  Carrey hit his stride later in that year with the releases of Dumb and Dumber, which grossed over $270 million worldwide, and The Mask, which earned him his first Golden Globe Award.

Carrey continued his success in film industry with mainstream box office hits such as Liar Liar and the Truman Show in the late 1990’s.  Jim Carrey entered the children’s movie market with his role in Dr. Suess’ The Grinch Who Stole Christmas, where he starred as The Grinch.  His role largely contributed to the film earning nearly $350 million worldwide making it the 2nd highest grossing holiday film ever. Carrey’s approach to his characters often times uses extreme improvisation and energy allowing him to become more than just a scripted character.  In some of his other ventures outside the Comedy genre Carrey’s acted as the lead role in the films The Number 23, Lemony Snicket’s A Series of Unfortunate Events, Horton Hears a Who, and  A Christmas Carol.  To this point Carrey has won two Golden Globe Awards, and he is considered one of the largest stars in Hollywood. Jim is currently filming for the Warner Brother’s movie titled The Incredible Burt Wonderstone which will debut in late 2015.

Jim Carrey has recently written a children’s book called How Roland Rolls, which was released in 2013.  Carrey has one daughter named Jane, who is from his first marriage with Melissa Womer.  Carrey is also an accomplished speaker, and in May 2014 he delivered the commencement speech to Maharishi University of Management.