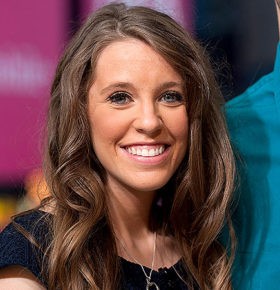 Celebrity Speaker Jill Duggar is the fourth child of Jim Bob and Michelle Duggar’s brood of nineteen kids, and although it may seem overwhelming to be a member of such a large family, Jill and the Duggar clan would not have it any other way. Their reality television show, called 19 Kids and Counting, follows the everyday activities, but the Duggars live anything but ordinary lives. Between homeschooling, traveling on missionary trips to El Salvador, and preparing dinner in the commercial kitchen, the large family is hardly ever idle. The hit TLC series has been on air for eight seasons and counting. However, Jill’s 2014 engagement to Derick Dillard makes her the first girl and only the second child of the family to leave the nest; brother Josh Duggar was married in 2008.

Whether she is practicing music or helping to wrangle her younger siblings, Jill, like all the Duggars, is affable, humble, and open. The Duggars are Independent Baptists who have been unabashedly outspoken about their faith on the show and in appearances on The Today Show and Good Morning America. In a day and age of consumerism and constant media use, you have to admire that the Duggars live wholesomely and debt-free in accordance with their beliefs without caving to pressure. Like the rest of her family, Jill is a devout Christian and has been publicly open about her beliefs and practices.

After helping to delivery her niece and nephew, Jill decided to enroll in midwifery school in 2012. In addition to midwife and missionary, Jill just added author to her resume—she and her sisters Jana, Jinger, and Jessa, released a book called Growing up Duggar in 2014, in which the girls discuss everything from relationships with their siblings and parents to the differences between dates and courtships.