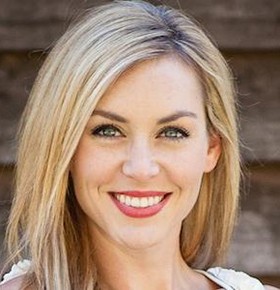 Reality TV star turned fashionista, Jessica Robertson, is the wife of Phil and Kay Robertson’s youngest son Jep. The Robertson’s hit A&E TV series Duck Dynasty has become one of the highest watched reality series on television. The series had 11.8 million viewers tune in to watch the season 4 premiere in August of 2013 and viewership is only rising. As the show continues to be in high demand, so do its stars. When she’s not filming, Jessica travels the country for speaking engagements and appearances at such events as the Southern Women’s Show. Robertson participated in the Southern Women’s Show in Charlotte, NC and Jacksonville, FL where she gave a short speech about Duck Dynasty, followed by Q&A with the audience and autograph signings. The couple’s most recent book, The Good, the Bad, and the Grace of God, released on June 23rd.

Christian Speaker Jessica was raised in the south and has four children with husband Jep Robertson. They fit into the larger piece that is the Robertson clan and they all seem to help with the family business in some way. The Robertson’s created a multi-million dollar duck call and hunting products business called Duck Commander, as well as hunting DVD’s and the TV show. Jessica is well known for her fashion sense on and off the show and was selected as an All-Star judge for the Miss USA 2013 pageant. She never was a pageant girl herself due to her love for athletics, but she was on the Homecoming court two years at her high school.

Christian Speaker Jessica also visited the American Heart Association in May of 2013 and spoke about personal struggles her family had overcome dealing with heart disease. Jessica accompanies her husband to events as well such as the Uprise Festival non-profit event in Pennsylvania.  They speak about faith, family, and of course the TV show and do meet and greets with fans. The two also served as grand marshals of the Apple Blossoms Firefighter’s Parade in Winchester, VA.