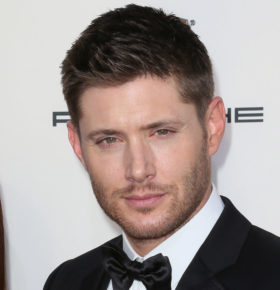 Celebrity Speaker Jensen Ackles, the handsome model turned actor and TV star, has blossomed into one of TV’s most recognizable faces. Son of actor Alan Ackles, Jensen decided to ditch the photographs for the big screen soon after graduation high school. His starring role as Dean Winchester on the CW TV series Supernatural has been a source of many industry award nominations since he first join the series in 2005. Many might also recognize Jensen from his role as Eric Brady in the daytime soap opera Days of Our Lives.

After ditching his modeling career, Jensen landed guest roles on TV programs geared towards teens such as Wishbone, 7th Heaven and Sweet Valley High. He won a Soap Opera Digest Award for Best Male Newcomer in 1998 for his role in Days of Our Lives and was nominated 3 times for a Daytime Emmy Award for Outstanding Younger Actor in a Drama Series. Jensen loved his time on Days but decided to move on after 3 years and went on to guest star in the television series Dark Angel opposite of Jessica Alba in 2000.

Jensen’s other major TV roles before Supernatural included a role in the final season of The WB TV series Dawson’s Creek and Smallville. In 2005 Jensen snagged the lead role in Devour, where he got the opportunity to do some work with his father. He was also casted in the 2009 remake film, My Bloody Valentine 3D. Jensen has dabbled with several voice over roles including lending his voice for the animated film Batman: Under the Red Hood, as the villainous Red Hood. He also worked with Disney, voicing the character of Gibson in Tron: Evolution.

Celebrity Speaker Jensen’s impressive run as a TV star has gained him many fans along the way. He is an impressive celebrity guest speaker and TV personality who is available for keynote speeches, meet and greets and autograph sessions among other personal appearances.