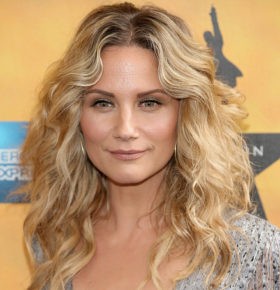 Singer-songwriter Jennifer Nettles is a country music talent in the now duo country music group Sugarland. Jennifer, a Georgia native, has been the lead vocalist in several bands but in her time with Sugarland has seen chart-topping hits and many music awards. A voice like Jennifer’s doesn’t come around often so when she and original Sugarland band mates Kristian Bush and Kristen Hall came together to form the popular band in 2004, it didn’t take long for them to find success.

Sugarland was nominated for a Grammy Award for Best New Group in 2006, and performed on the show which introduced them to a broader audience and growing fan base. Shortly thereafter Kristen Hall left the group and Jennifer and Kristian went on to what continues to be one of the hottest country acts today. In 2007, Nettles joined forces with Jon Bon Jovi singing the Billboard chart-topping hit duet Who Says You Can’t Go Home; the duo won the Grammy Award for Best Country Vocal Collaboration. Her song writing abilities were showcased and honored when her platinum selling hit song Stay won multiple songwriter awards including an individual Grammy Award, an Academy of Country Music Song of the Year award, and a Country Music Association Awards Song of the Year award. Together the duo has won 5 Vocal Duo of the Year awards from the Country Music Association.

Celebrity Speaker Jennifer Nettles released her solo album, That Girl, but insists this is not the end of the dynamic duo between her and Kristian. Both are experimenting with solo careers and plan to reunite in the future. Both are heavily involved in giving back to those in need and the band donated money from their tours to the Shalom Foundation, which aids people in need of things such as healthcare, housing, and education in Guatemala. Jennifer is also involved with the Attic Community Playground (ACP) which is a non-profit organization that supports performing arts programs for children.