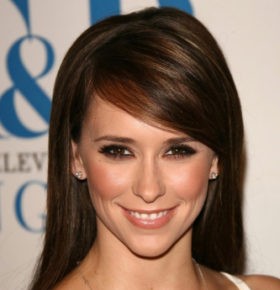 Celebrity speaker, Jennifer Love Hewitt, is a multi-talented actress, singer, and author. After leaving her hometown in Texas to move to Los Angeles to pursue an acting career, Hewitt got her first big break on the Disney Channel variety show Kids Incorporated, which ran from 1989 to 1991.  She then went on to land several roles in, unfortunately, short-lived television series, such as Pierce Brosnan’s daughter in NBC’s Running Wilde, which never made it on air. However, Hewitt continued to chase the dream of becoming a big time actress, and finally earned the role of Sarah Reeves Merrin on the popular Fox show Party of Five, which would run from 1995 to 1999. After establishing herself as a young television star, the celebrity speaker went on to begin acting on the big screen. She landed various roles in movies such as Little Miss Millions, Sister Act 2: Back in the Habit, Can’t Hardly Wait, and Heartbreakers opposite Sigourney Weaver.  But what transformed this television star into a film star was her role in the horror flick I Know What You Did Last Summer, which enjoyed much success in the box office. Hewitt reprised her role in the sequel I Still Know What You Did Last Summer, which again, dominated the box offices. Post I Know What You Did Last Summer, Hewitt appeared in the films If Only, Garfield, and the sequel Garfield: A Tail of Two Kitties, then made her return to television landing the lead role in the CBS series Ghost Whisperer. The show ran for five seasons, and after its cancellation, Jennifer landed her next role in the Lifetime film The Client List, which earned her a Golden Globe nomination. The television film was such a success that the network decided to tern in into a series, in which Hewitt reprised her role from 2012 to 2013. It was announced in July 2014 that Jennifer’s next role would come in the popular CBS crime drama Criminal Minds as a season regular.

In addition to acting, celebrity speaker Jennifer Love Hewitt has had many ventures in music and writing.  After she had made a name for herself in the show Party of Five, Atlantic Records was eager to sign the talent, and she released two albums with the company, however the albums were not hugely successful.  But Hewitt persevered, and went on to release the single How Do I Deal for her film I Still Know What You Did Last Summer, and the song became her first single to make the charts placing at 36 on the Top 40 Mainstream. She then signed on with Jive records and released another single, BareNaked, which became her biggest hit to date placing at 31 on the Top 40. As if the acting and music aren’t enough, Hewitt has gone on to write a book titled the Day I Shot Cupid, which discusses her experiences with love and dating. The book went on to become a New York Times Bestseller. In June 2011 Jennifer announced via Twitter that she was working on a follow up to the successful first novel.  Outside of work, Jennifer is married to her Client List co-star Brian Hallisay and the two have one child together, Autumn James Hallisay, born in November 2013 and one one the way.