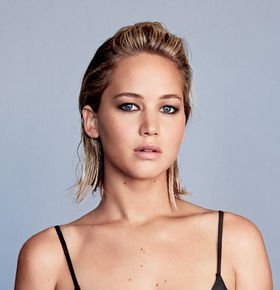 Award winning actress and Celebrity Speaker Jennifer Lawrence is known for the many memorable roles she has played since she began her acting career in 2006. Lawrence made her television debut that year on the hit series, Monk, which she followed up with appearances on Medium, Cold Case, and The Bill Engvall Show in which she starred as a main character from 2007 to 2009.

In 2008, Celebrity Speaker Jennifer Lawrence appeared in two motion picture films, Garden Party and The Poker House in which she appeared with costars Selma Blair and Chloe Grace Moretz. The following year, Jennifer starred in the film The Burning Plain alongside famous actresses Charlize Theron and Kim Basinger. In 2010, Lawrence was cast as the lead role in the film Winter’s Bone. Following these roles, she received nominations for an Academy Award, Satellite Award, Screen Actors Guild Award, Independent Spirit Award, and Golden Globe Award in the Best Actress category.

In 2011, Lawrence received the offer of a lifetime, playing the lead role as Katniss Everdeen in the film The Hunger Games, which was based on the New York Times Bestselling novel of the same name, written by Suzanne Collins. Jennifer took the role and joined the cast of fellow famous celebrity actors which included Woody Harrelson, Elizabeth Banks, Josh Hutcherson, Liam Hemsworth, Lenny Kravitz, Stanley Tucci, and Donald Sutherland.

Jennifer’s role in the 2012 film Silver Linings Playbook earned her the Golden Globe Award, Academy Award, Satellite Award, and Screen Actors Guild Award for best actress. For her role in American Hustle, she won a BAFTA Award and a Golden Globe award and received a nomination for the Academy Award for Best Supporting Actress.