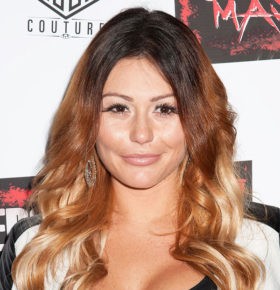 Celebrity speaker Jenni Farley used her role in a reality television series on MTV as a rise to fame. Since then she has taken on other positions in the entertainment industry. With her outgoing personality and strong sense of self-being, Jenni can be seen always acting herself no matter who she is around. Jenni always has remembered where she came from and that her career will not be over even though the show is.

Celebrity speaker Jenni Farley grew up in New York, just a short trip away from the area where stardom would soon find her. When she was twenty-three years old Jenni was cast to be on Jersey Shore, a reality show about young adults living in a house together for the summer. They were able to work, and go out to have fun and explore the city while all of it was captured on television. Along with Jenni, other cast members include, Nicole Polizzi, Paul DelVecchio, and Mike Sorrentino. The cast was able to stay on MTV for five seasons. Most seasons were filmed in Seaside Heights New Jersey; however the group filmed a season in Miami and another in Florence Italy. There have been many spin-offs from the show including others like it. Places like England, Spain, and Mexico have all casted for a show with its cast on the “shore”.

Jenni’s most recent work comes with her very close friend and cast mate Nicole. Because of their new found fame coming from Jersey Shore the two created their very own series titled Snooki & JWoww.  It is a reality series about their lives and how they interact with the people around them including their family and friends. Jenni is a strong supporter of the LGBT community and has publicly spoken out in their defense criticizing those who are not more open-minded. In 2014 Jenni had her first child with fiancé Roger Matthews who she met on Jersey Shore in 2010.