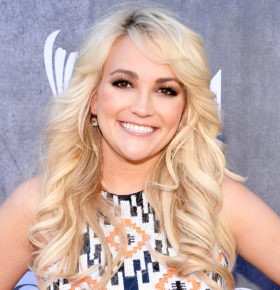 Jamie Lynn Spears is the talented actress, singer, and younger sister of pop music icon Brittney Spears. She is well-known as the star and main character of the Nickelodeon TV series Zoey 101, about a young girl and her friends at a boarding school in California that aired from 2005-2008. Celebrity Speaker Jamie Lynn was named fans Favorite TV Actress at the 2006 Kid’s Choice Awards, and won back-to-back awards for Best Young Ensemble Performance in a TV Series at the 2006 and 2007 Young Artist Awards along with her fellow cast members.

Jamie Lynn got her start in the entertainment world with a small acting part in the 2002 movie Crossroads, starring her older sister Britney as main character Lucy Wagner. Her first acting gig from Nickelodeon was as a performer on the comedy TV series All That, and she would later sign a deal with the TV network in 2004 to begin filming as protagonist Zoey Brooks in Zoey 101. Since the end of the show in 2008, Jamie Lynn had spent ample time away from the spotlight to raise her first child but in November of 2013 she released her official debut country single and accompanying music video titled How Could I Ask For More. On May 27, 2014, Spears released an EP called The Journey. The actress turned country singer is now expected to release her debut album and was a featured artist on sister Britney’s newest album Britney Jean in a song titled Chillin’ With You. Since releasing her first single, Jamie Lynn has performed the song on sets from the Today show to opening for major country music artist Alan Jackson. The singer is also set to perform at the 2nd annual taste of Country Music Festival in New York in the summer of 2014 with the likes of Brad Paisley, Dierks Bentley, and Brantley Gilbert. In March of 2014 she married businessman Jamie Watson and made her first red carpet appearance as a couple at the 2014 Academy of Country Music Awards.