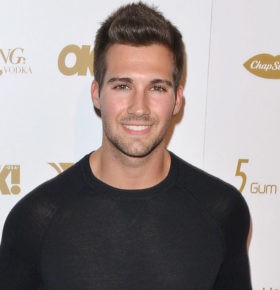 Celebrity Speaker James Maslow is a popular singer and actor who got his start with Nickelodeon on the TV series Big Time Rush. The series spawned the subsequent band by the same name that has released 3 separate albums over the course of their TV series that originally aired from 2009-2013. Logan Henderson, Kendall Schmidt and Carlos Pena Jr. help make up the 4-man American pop group and the band is currently under contract with Colombia Records. In 2012, Paradise magazine voted the band the Best Boy Band in the World, beating out the popular European boy bands One Direction and The Wanted. James and his band’s rise to fame has opened up new opportunities for the boy band mate including a chance to show off his moves on the dance floor in ABC’s megahit dance competition series Dancing with the Stars.

Celebrity Speaker James and his fellow band mates seem to be emulating the success of another TV series band gone pop culture icons in the Jonas Brothers and their show featured on the Disney Channel. Before being cast as a member of the band and for the show, James made his acting debut on an episode of Miranda Cosgrove’s Nickelodeon sitcom iCarly in 2008. While playing his role on Big Time Rush, James also made guest appearances in other Nickelodeon shows including the children’s game shows BrainSurge and Figure It Out, and Marvin Marvin.

Aside from the TV show, the band debuted its first studio album BTR in 2010 and debuted at #3 on the Billboard 200. Their second album Elevate released a little over a year after, and would again debut inside the top 5 of the Billboard 200 at #4 that also featured James as the primary song writer for the title track and several others. Their most recent album 24/Seven released last June and was accompanied by a cross-country tour with fellow Nickelodeon star turned singer Victoria Justice.